MENU MOBILE
HOME > NEWS > ANDREA RICCARDI, COMMUNITY OF SANT'EGIDIO: AN APPEAL FOR A CEASEFIRE AND FOR KIEV TO BE PROCLAIMED AN "OPEN CITY".
PreviousNext

Andrea Riccardi, Community of Sant'Egidio: An appeal for a ceasefire and for Kiev to be proclaimed an "open city".

In these dramatic hours for the capital of Ukraine, Andrea Riccardi and the Community of Sant'Egidio launch, with the following manifesto - open to everyone's adhesion - the proposal to reach an immediate ceasefire and to urgently proclaim Kiev an "open city"


An Appeal for the salvation of Kiev


Kiev, a capital of three million inhabitants, in Europe, is today a battlefield.

The civilian population, defenseless, lives in a condition of danger, terror, while finding shelter in underground shelters. The weakest, from the elderly to children, to the homeless, are even more exposed. There are already the first civilian victims.

Kiev is a sanctuary city for many Christians, first of all for Orthodox Christians all over the world. The history of faith of the Ukrainian, Belarusian and Russian peoples began in Kiev. Ukrainian and Russian monasticism was born in Kiev. The great monastery of the lavra of caves on the hill overlooking the great river Dnepr is a holy place of pilgrimage and prayer thousands of years. Kiev is a precious city for the whole Christian world.

The destiny of Kiev does not leave indifferent those who, from East and West, look with passion and involvement to the city and its people. After Sarajevo, after Aleppo, we cannot assist again to the siege of a big city. The inhabitants of Kiev are asking for a jolt of humanity. Its cultural heritage cannot be exposed to the risk of destruction. The sanctity of Kiev for the Christian world demands respect.

We implore those who may decide to refrain from the use of weapons in Kiev, to declare a cease-fire in the city, to proclaim Kiev an "open city", not to strike its inhabitants with the violence of weapons, not to violate a city to which the whole of humanity looks today. May this choice be accompanied by the resumption of a path of negotiations to achieve peace in Ukraine. 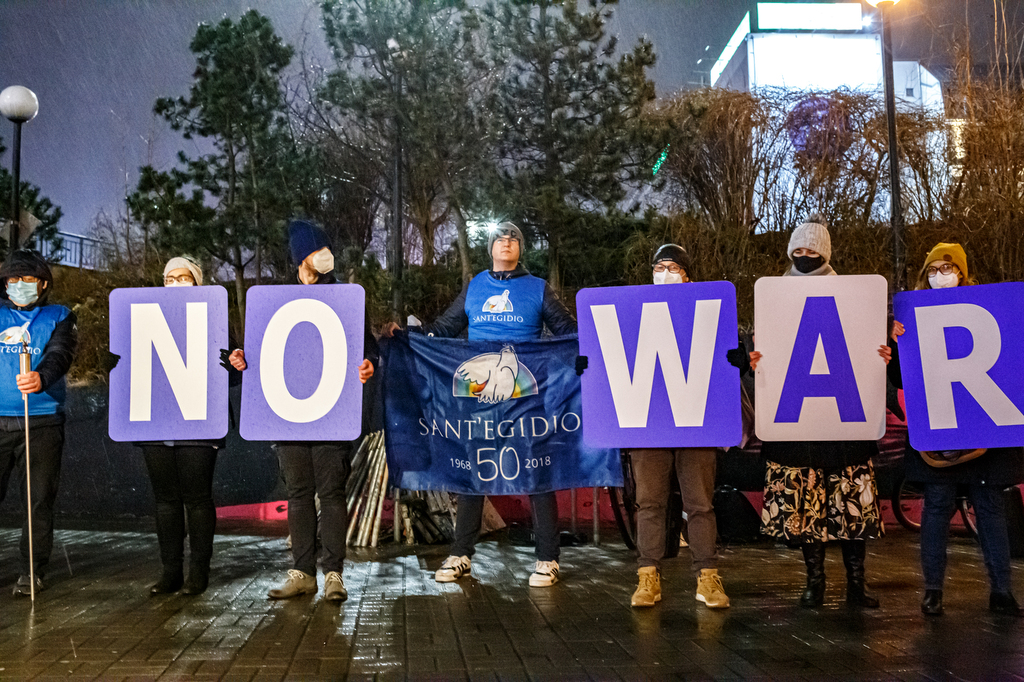 Ukrainian Emergency - How to help

Prayer for the Poor. LIvestream at 8 p.m. (CEST)

Prayer for Peace, livestream at 8 p.m. (CEST)
read everything
Subscribe to the newsletter