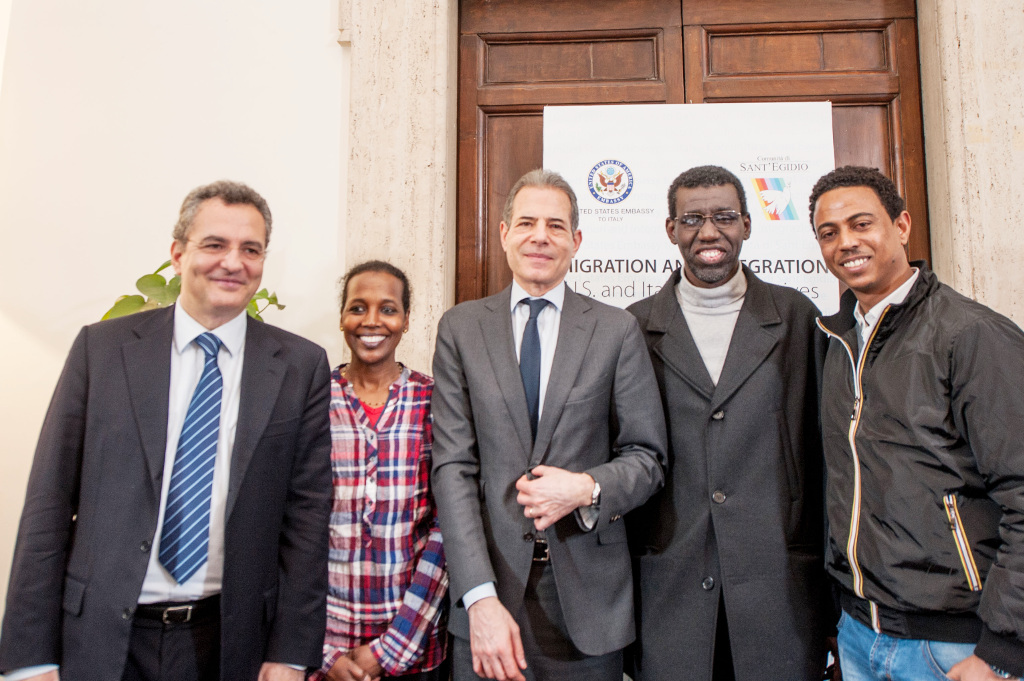 This morning, in Sant'Egidio, in the peace hall, they held the conference Migration and Integration, the US and Italy: a comparison of two models. The president of the Community of Sant'Egidio, Marco Impagliazzo, opening the tasks, noted that Sant'Egidio is a "privileged laboratory, with several decades of experience in welcoming and integration of immigrants." The Sant'Egidio approach, based on the teaching of the language in free schools open since 1983, said the president of the Community, "spreads a common culture and allows the exchange between people from every continent" According to Impagliazzo, "integration is a common home to be built together and not a hotel, where people live together without knowing each other next to each other. Integration does not mean to build a country where different communities live separate and mutually impermeable. "Europe lacks a European agency for immigration on the US model that can address the issue of immigrants entering Europe in a unified way without a regional fragmentation." From the observation of the presence of "many men and women integrated in our society" comes the proposal to stop using the words "immigrants" and "foreigners": "it is much better to call them new Italian and new Europeans", said Impagliazzo, who concluded by reminding the upcoming opening of humanitarian corridors, that will allow 1000 refugees from the camps of Lebanon, Morocco and, also of Ethiopia in the future, to reach Italy without facing the journeys of death. 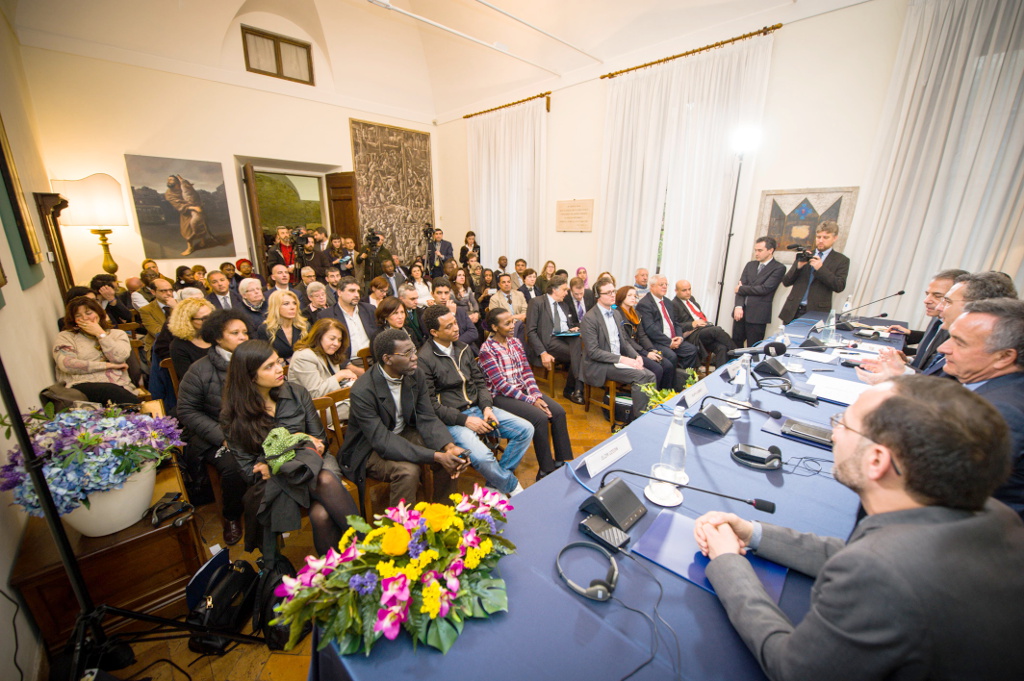 "The United States of America has the largest proportion of immigrants in the world: I want to say that this factor makes the country stronger and gives it a pluralistic vision", said US Undersecretary of State for Public Affairs Richard Stengel, speaking at the conference promoted by the American Embassy in Italy and Sant'Egidio. Stengel then observed: "All my ancestors came from other countries, not American. I think it is a moral obligation of any democracy to welcome migrants", also because "we are in the worst refugee crisis since World war II". Bringing the greetings of President Obama and thanking Italy and Sant'Egidio for the work in the field of welcoming and integration, Stengel concluded: “I have come here to learn but also to give my support. My office in Washington gave $1.3 million for refugee programmes here in Italy but I wish I could do more”. 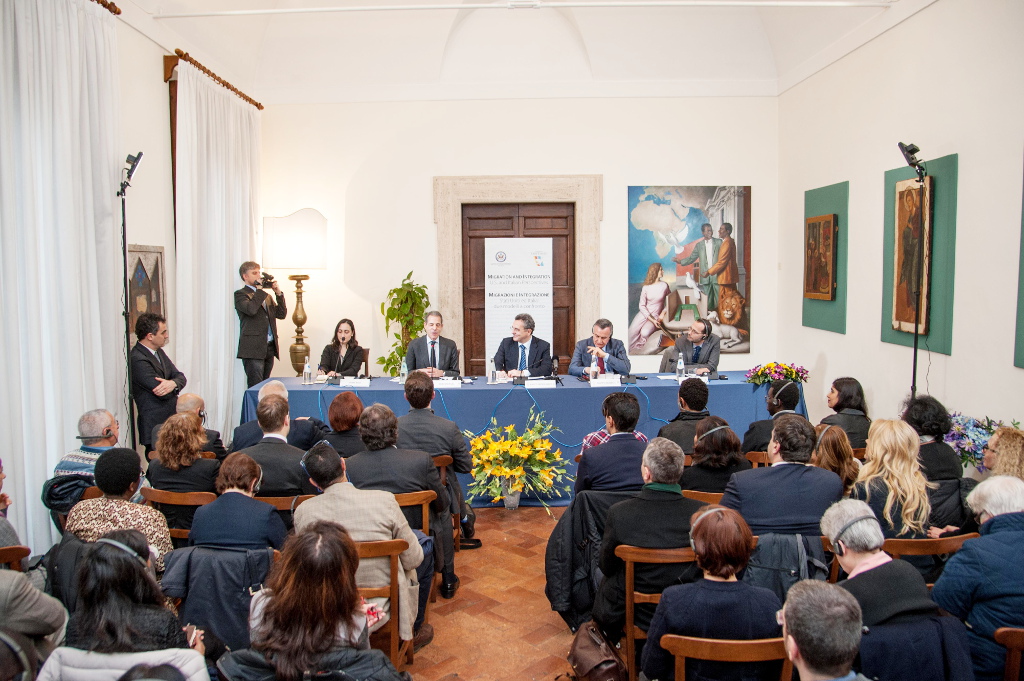 Representing the Italian government intervened the Interior Deputy Minister Philip Bubbico, who stressed the important choices of Italy in recent years, as in 2013 "when we launched Mare Nostrum and saved many lives." For Bubbico, "the European asylum system is to be constructed and practised. You do not have to deal with emergencies with the reciprocal cunning of the countries", but solutions such as "humanitarian corridors" must be promoted to guarantee welcoming and security. "This is a delicate moment in Europe - said the Italian deputy minister – we risk losing our sense of belonging. The danger is that national self-interest may call into question the very idea of a united Europe. It is a real danger that we must overcome with intelligence and awareness and, in order to defeat these attempts of repression, we need to promote a new and different sensitivity of national public opinion". 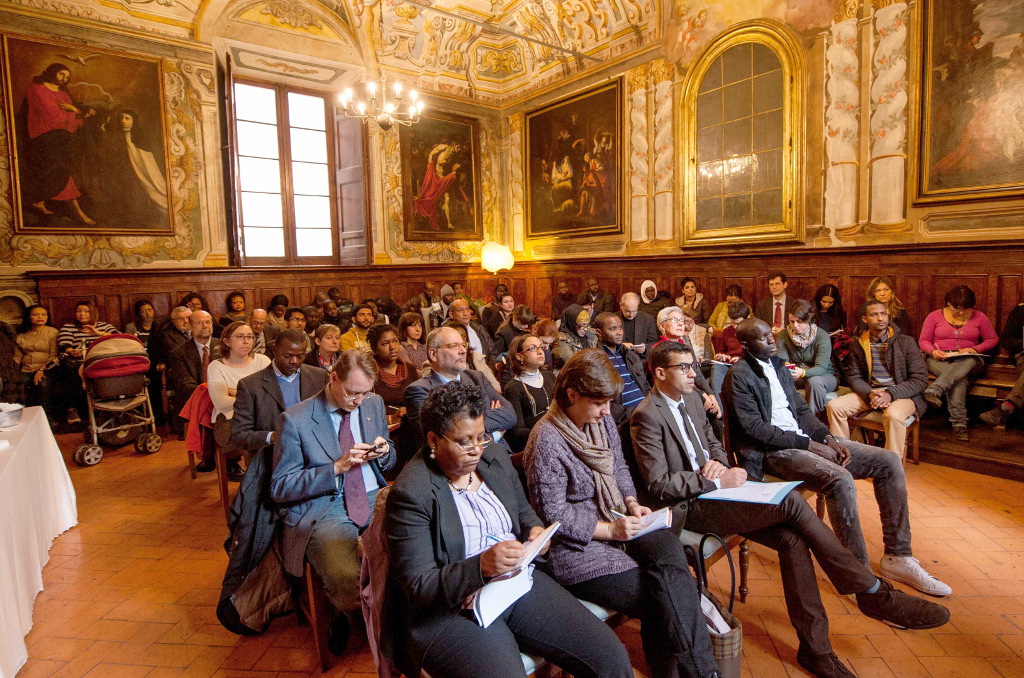 Reporter Viviana Mazza noted that the media need to use appropriate language in dealing with sensitive issues such as immigration. This is not always the case, but it is the duty of those that provide information, concluded the journalist of "Corriere della Sera", to provide correct information, able to remove fears and unjustified threats from the moment they arise. A decisive role is also up to the religious leaders, according to Elzir Izzedin, imam of Florence and president UCOII. The Islamic religious man has compared the role of religious leaders to that of "firefighters: putting out fires of fear, hatred and intolerance."

June 4 - Prayer for the Church, from the Basilica of Santa Maria in Trastevere, 8 pm (GMT 2)

June 3. Prayer with the Saints from the Basilica of Santa Maria in Trastevere

June 2 - Prayer with Mary Mother of the Lord, from the Basilica of Santa Maria in Trastevere
read everything
Subscribe to the newsletter