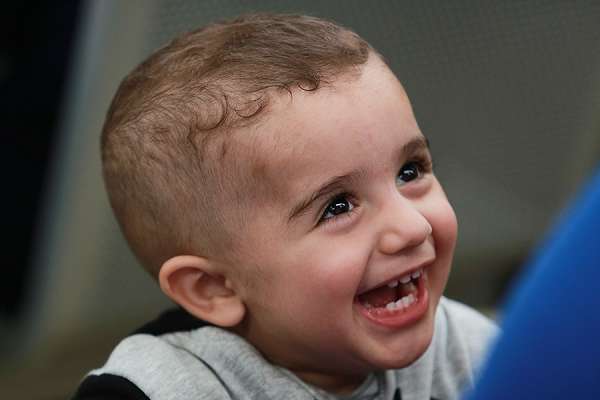 This week 130 Syrian refugees landed in Rome as part of a pilot program aimed at providing safe passage for migrants seeking to enter Europe, all of whom voiced their gratitude and desire to leave war behind.

“I want to live normal, as a human, just that.”

This is what a young woman, who preferred not to give her name, told CNA just hours after arriving to Rome from Lebanon.

A university student studying geology, she is originally from the southern city of As-Suwayda, but left her friends and relatives behind and came to Italy by herself in the hopes of continuing her studies and living a normal life, far away from war.

The situation in Syria “is destroying everything. Every person, every dream, you can’t dream. There is killing everywhere. This is Syria now, not before,” she said through tears.

Wiping her face dry, the young woman didn’t want to talk about her family, but said she came to Italy “to continue my studies. This is the basic thing.” Italy, she said, is “a nice place, I expect the best.”

The young student was among the latest round of refugees to arrive to Rome through the Humanitarian Corridors project.

Humanitarian Corridors is a pilot program and joint-ecumenical initiative of the Sant'Egidio Community, the Federation of Protestant Churches in Italy, the Italian government and the Waldensian and Methodist churches, the project provides aid and safe passage to those fleeing war and violence.

The refugees have come from situations of desperation in countries such as Lebanon, Morocco, Syria, Ethiopia and Eritrea. Among them are sick children, disabled persons, elderly and widows of war with children.

So far roughly 400 people have already arrived in Italy through project, without having to risk their lives in the Mediterranean. The first arrivals came in February, and 12 more followed soon after on board the papal plane with Pope Francis when he returned to Rome after his April 16 day trip to Lesbos.

On March 6 Pope Francis gave a shout-out to the program, saying he admires the project, “which combines solidarity and security, allows one to help people fleeing war and violence.”

The most recent arrivals came on two separate flights from Lebanon Oct. 24 and 25, nearly all of whom are Syrians who fled their country and had been living in refugee camps in Lebanon.

The group consisted of 72 Syrian refugees, both individuals and 18 families, and included 45 children and 14 mothers. They are both Christians and Muslims, nearly all originally from war-torn Syria.

A single mother who arrived with her two children told CNA she came “first of all for the children,” adding that “this was a dream. I didn’t think this dream could be realized.”

The woman, whose children are about six and eight years old, has been living in refugee camps since her children were born. They first lived in a camp in Syria when the children were infants, and later transferred to a camp in Lebanon, where they have been living for the past four years.

With no husband, the woman left all of her relatives behind in Lebanon and came to Italy to meet her brother, who had already migrated and was at the airport to welcome her.

“I am very happy because life in the camp was very hard and very difficult. I wanted to get out and to see Italy, to see what was outside, which certainly isn’t like life in the camp,” she said.

She said the first step for her family now will be for the children to learn Italian so they can go to school. They “must learn the language to continue their life journey, because now they are saved,” she said, explaining that the rest of her family hopes to join them one day.

Rami, a Muslim refugee from Deir ez-Zor, Syria, was among those who arrived to Rome with Pope Francis in April.

After making the perilous journey from Turkey to the Greek island of Lesbos, Rami found himself stuck in a refugee camp on the island, but was selected by lottery to come back to Rome with the Pope since he had his paperwork in order.

He was present at Rome’s Fiumicino airport for the Oct. 24 arrival of his sister and her children, whom he had not seen for six years.

When he and the other refugees arrived to Rome with Pope Francis, “our life took a 180 degree turn from hell to paradise,” he told CNA. “I come from a country at war, and we arrived to a country where there is peace, security and tranquility.” 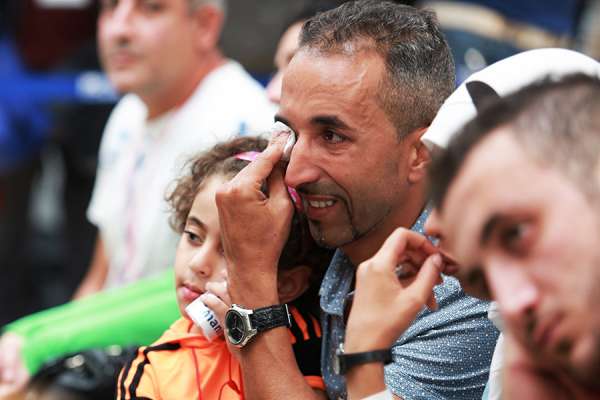 In Syria “there was war, destruction, calumny,” he said, explaining that his sister’s husband is missing, and that after traveling from Syria to Lebanon and finally Lebanon to Rome, “we're all happy.”

Speaking of his experience living in Italy, Rami, who worked in general renovation in Syria, said that “it’s fabulous, I am happy, there is a lot of stability. My children go to school now, they have already learned Italian better than me. We hope to continue going forward, that the situation gets better.”

He voiced his gratitude to Pope Francis for his welcome and attention to migrants, explaining that “we are guests of the Pope.”

“I am very proud and I will tell it to everyone with great pleasure...We are under his care. We are very happy in his care,” he said.

For her part, Sara said she is happy to be in “a calm, secure country,” and that she decided to come above all for her children.

“I am thinking of school. I am more interested in the future of my children,” she said, explaining that she will “always give thanks to the Italian people, for their welcome.”

Dirkan Qariqosh, a refugee from Aleppo who came to Italy with his wife and son, told CNA that he had been an artist in Syria, and hopes to better his skills in such an artistic culture.

“We have come here to a country of peace. I am an artist, I worked with copper, with gypsum,” he said, explaining that in Syria, “I did paintings and taught children.”

“It’s the answer to the war, the inhumanity of war, but also to the merchants of death.”

Liturgy from the Basilica of Santa Maria in Trastevere

ANNIVERSARY - Peace talks for Mozambique starting 30 years ago, in Sant‘Egidio

Prayer of the Holy Cross, from the Basilica of Santa Maria in Trastevere

July 9 - Prayer for the Church, from the Basilica of Santa Maria in Trastevere
read everything