Let’s join forces to promote life, health, education and peace. That’s is the spirit of Assisi.

Many years have passed since 27 October 1986, when religious leaders of the different traditions and faiths gathered on the hill of Assisi for the first time. They had been invited by the Pope St. John Paul II to pray for peace at each other’s side.

Over the years, the world has changed greatly and has faced so many crises and challenges. A dramatic pandemic shakes us to the depths at present - indeed, the Spirit of Assisi has been blowing and has allowed men and women of different cultures and faiths to encounter, dialogue and become "artisans of peace".

So until last October, 20th when we gathered in Piazza del Campidoglio in Rome to reaffirm “No one is saved alone", "peace and fraternity" are our common dream. Together we invoked the end of wars and pandemic.

Pope Francis, Ecumenical Patriarch Bartolomeo I of Constantinople, the President Mattarella, Andrea Riccardi and leaders of various religions were present. Many people - connecting via web or TV- virtually joined that square to participate in the Prayer Meeting for Peace in the "spirit of Assisi". 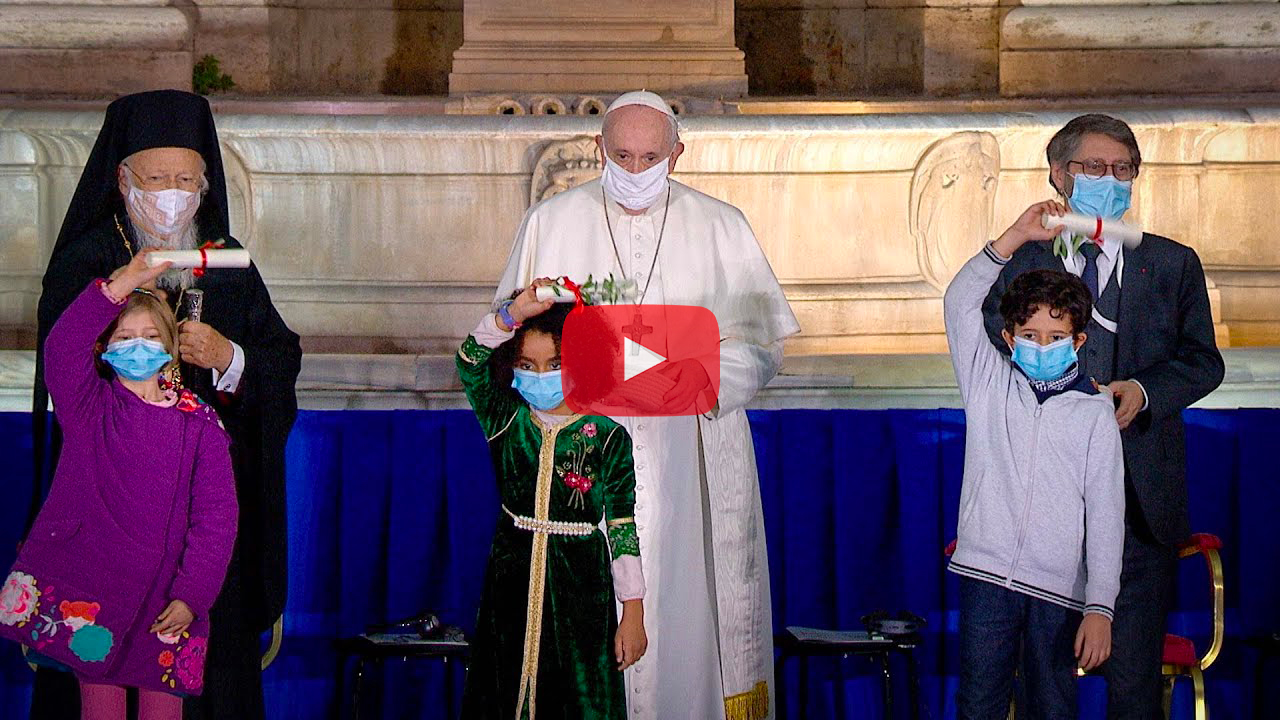 “If we do not think only to save ourselves, we can open ourselves to cultivating shared visions and a dream for humanity " (read more) said Andrea Riccardi.

The final ceremony was attended by the representative of the Great Imam of Al-Azhar, Mr Abdellatif, by Chief Rabbi Haim Korsia who made touching addresses. The Buddhist Monk, Shoten Minegishi recalled the tragedy of those condemned to death in his speech.
The Appeal for Peace, delivered to the children and handed over to ambassadors and political authorities, concluded the meeting with an invitation and a programme: we live in "a world that is amply connected, yet often lacks a sense of fraternity...To leaders of nations we say: let us work together to create a new architecture of peace.
Let us join forces to promote life, health, education and peace".


This is our invitation and our commitment.

Prayer for the Church, live stream at 8 p.m. (CET)

Prayer for the Sick, live stream

Sant'Egidio Christmas, with friends and the warmth as always! #ChristmasforEveryone

Ahead of his visit to Greece and Cyprus, Pope Francis met with migrants welcomed by Sant'Egidio
read everything
Subscribe to the newsletter